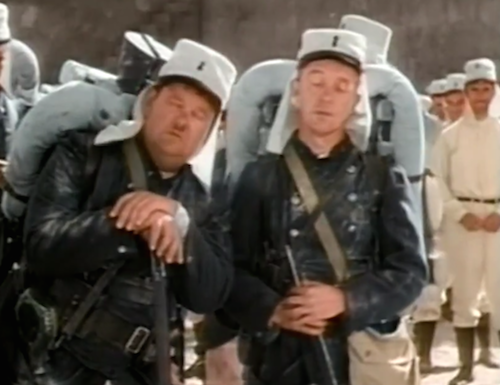 The first of the Character Sets for the Exotic Adventures range by Unfeasibly Miniatures is complete, depicting Laurel & Hardy from their classic film Beau Hunks. Our sculptor has created 28mm true scale (1/56) miniatures of the Stan Laurel & Oliver Hardy, capturing their relaxed posses as Legionnaires in the French Foreign Legion.

On an expedition to Fort Arid, a fortress besieged by native Riffian tribesmen, the duo get cut off from the rest of the regiment in a sandstorm and reach the fortress before the others. Surprisingly, the boys defeat the Riffians by themselves and the leader of the Riffians is revealed as another one of Jeanie-Weenie’s conquests. 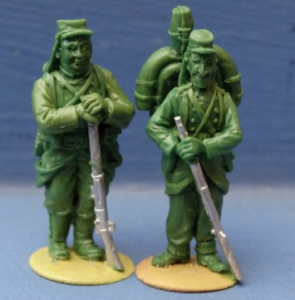 The back packs are interchangeable, as Ollie begins with the large pack before realising that he is carrying both their kit and  passing it over to Stan on their march to the surrounded French Foreign Legion fort, the standard backpack, from FFLX1 also fits, providing great versatility for these figures.

These will be cast in white metal and will be available from Mike @ BlackHat Miniatures.